Back in April, there was a brief period when Arsenal were linked with Udinese midfielder Jakub Jankto, with scouts spotted at various games.

The 21-year-old was said to be a rather long-term target for Arsène Wenger, and will have impressed the Gunners’ manager with some of his performances last season.

Scoring five goals and picking up four assists in 29 league appearances last season, Jankto, who was pushed out to the left a few times, could provide some cover now that Santi Cazorla’s return from injury has been delayed even further. 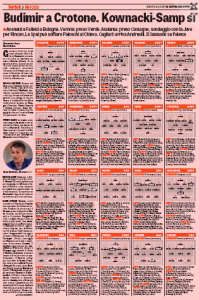 While not as attacking as the Spaniard, the new Czech Republic international would be an interesting squad option, but could also cost a pretty penny, as he renewed his deal towards the end of last season until 2021 when the Arsenal interest was at its peak.

There has been talk of a £6m release clause in his deal, but that seems to be coming from the English press, with no mention of it that we could see from their Italian counterparts.

Gazzetta dello Sport on Thursday report that Arsenal are still interested in the player, and now that their transfer season has officially started with the signing of Alexandre Lacazette, we could see some more movement in the coming weeks.

Whether that will involve Jankto remains to be seen, but he seems to be one of the players they’re currently looking at.