Home Premier League Arsenal Arsenal player down to last 20 as award for best in the...
SHARE

Mattéo Guendouzi’s rise in world football has been rather meteoric since his move to Arsenal, and his performances at the Emirates haven’t gone unnoticed.

He seems delighted with his situation, which could get even better if he were to be rewarded for his contribution in the Gunners’ first team with an award.

We say this because the Frenchman is one of the final 20 on Tuttosport’s list of nominees for the Golden Boy award, which has been presented to the likes of Lionel Messi and Raheem Sterling in the past.

Alongside fellow Premier League starlets such as Phil Foden, Mason Mount and Everton’s Moise Kean, the 20-year-old could find it hard to come out top, especially with the likes of João Félix and Jadon Sancho among the favourites. 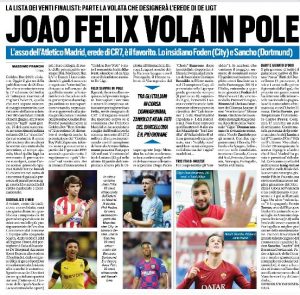 However, he has still made the final 20, which is quite an achievement in itself, and we’ll have to see where he ends up when the award is eventually handed to the winner.

Guendouzi has started every Arsenal game in the Premier League this season, assisting twice along the way.