Real Madrid midfielder Martin Odegaard has missed training for a second day as he closes on a move to Arsenal.

That’s according to reports in Spain this morning, which state that the player is now extremely close to moving to the Emirates.

Odegaard has been heavily linked with Arsenal this week after publicly airing his frustrations about a lack of playing time since returning to Madrid in the summer.

He’s believed to have contacted Real Sociedad about a potential return there, and it was reported that would be happening before Arsenal suddenly emerged as front runners yesterday.

That has since picked up pace, with Odegaard sitting out of training yesterday.

That is something he has done again today, with both Onda Madrid and El Español both confirming that he did not train with Zinedine Zidane and his team today.

They also report that the midfielder will be getting the loan move he wanted, with Arsenal having agreed a loan deal without a purchase option at the end of it.

Onda go one step further and explain that Mikel Arteta has proven key to the move, with it explained that he spoke to Odegaard and convinced him to move to Arsenal this month.

That is now set to happen, with a deal looking likely to be finalised ‘in the next few hours’ if there are no last-minute complications. 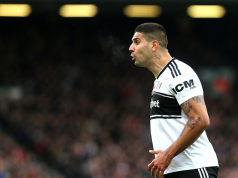