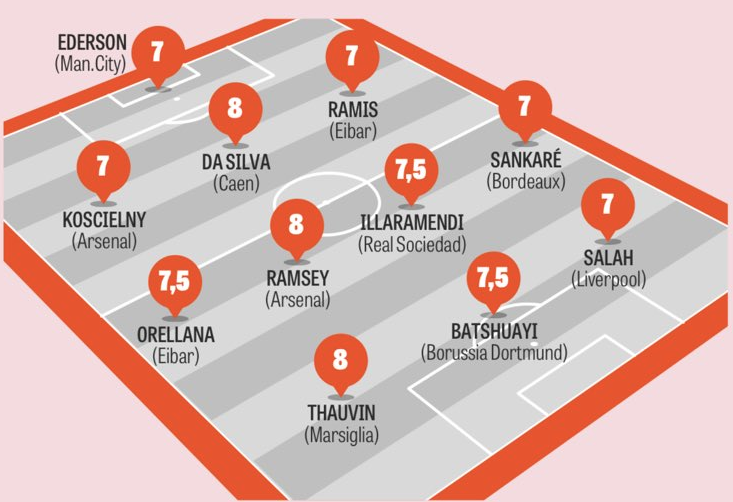 There’s a lot of Premier League interest in this week’s Gazzetta dello Sport European Team of the Week.

Every Monday the Italian newspaper publish a selection of the best performers from around Europe, whilst leaving out their own Serie A.

Arsenal have two players in the team, and it’s not often that can be said for a club. Aaron Ramsey gets in for his hat-trick in Arsenal’s 5-1 demolition of Everton at the Emirates, and he’s joined by teammate Laurent Koscielny.

Koscielny also found himself on the scoresheet as Arsenal started off life with Pierre-Emerick Aubameyang in the way they’ll want to carry on.

For Liverpool, their man in the team is no surprise. Mohamed Salah has been a sensation this season, with 21 Premier League goals so far.

Liverpool drew 2-2 with Tottenham in a dramatic match at Anfield, and all the noise afterwards has somewhat overshadowed Salah being brilliant again… at least Gazzetta haven’t missed his performance.