Home Premier League Arsenal ‘If anything, Arsenal’ – Gunners presented as only destination player will choose...
SHARE

Fabian Ruiz has a contract with Napoli which expires at the end of June 2023.

The midfielder’s situation means that unless there’s a renewal before the summer, and that doesn’t look close at this stage, then the Serie A side will be forced to consider a sale so they don’t lose the Spaniard for nothing the following year.

There’s been suggestions of interest from Spain, yet nothing especially concrete. Real Madrid and Barcelona have other priorities for the summer window and will focus on securing those before considering a serious move for Ruiz.

Arsenal and Newcastle have also been linked, and Saturday’s edition of Corriere dello Sport reports the latter offered just under €50m for the player, presumably in January.

He, however, wasn’t interested and it’s stated the situation will likely be the same in the next market. That’s because he’s made it clear his plan is a return to Spain, to one of the biggest clubs, but ‘if anything, Arsenal’. 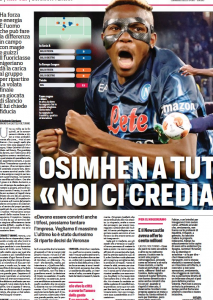 That presents the situation that Mikel Arteta’s side would be the only club outside of Spain who Ruiz fancies joining at this stage of his career.

Now it’s over to Arsenal.