It wasn’t a good season for Manchester United, but rather an absolutely terrible one, so what the club don’t really need right now is one of their talented youngsters causing issues.

Tuesday’s edition of A Bola explains the newspaper has this week spoken to a source close to the 18 year old. That conversation led them to believe Gomes could be leaving Old Trafford this summer.

According to the claims, the midfielder feels that another season in the youth levels isn’t what he needs if he’s to ‘continue to evolve’. Gomes wants a ‘bigger challenge’ so is therefore taking approaches from PSG and other unnamed (Portuguese and Spanish) clubs ‘very seriously’.

A Bola states that Gomes feels the club’s fans think a great deal of him ‘which is why the same source says he should have had more opportunities for the season’. After his good performances for Manchester United’s youth teams, the young footballer feels it’s time to ‘make the leap’.

Interestingly, comments from Ole Gunnar Solskjaer about Gomes needing to be more physically ready haven’t gone down well, according to A Bola. 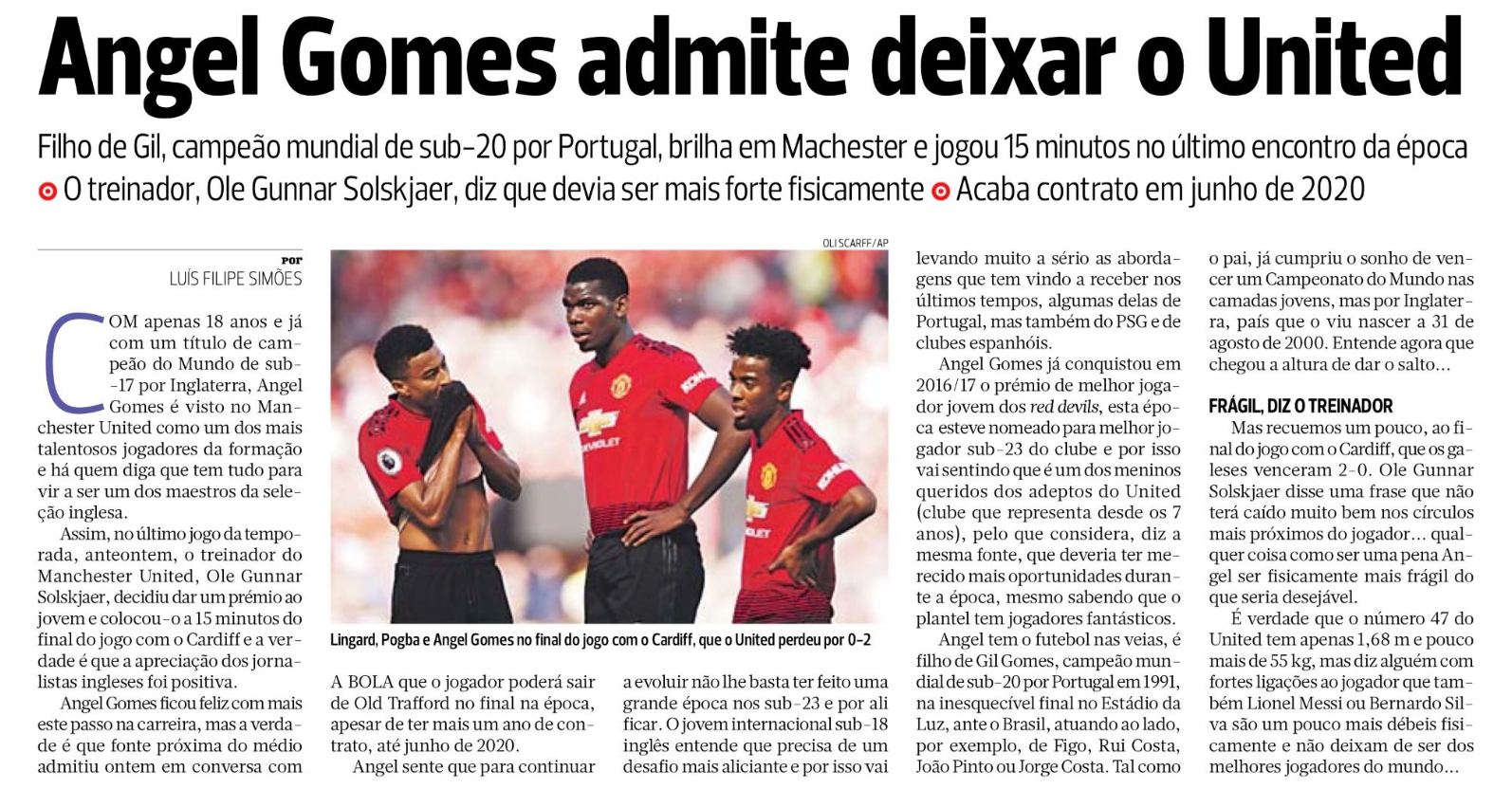 It’s reported ‘someone with strong connections’ to the player pointed out that Lionel Messi and Bernardo Silva are ‘a little weaker’ and it hasn’t held them back.

But then Lionel Messi is Lionel Messi, and when Bernardo Silva was 18 he hadn’t even made his debut for Benfica’s first team. The 13/14 season, when Bernardo was 19, he was still in the second team and only managed 31 minutes for the seniors.