Forgotten for a few days, Cengiz Ünder is now back in the transfer rumours, with Everton once again his destination.

Regardless of the appointment of Marcel Brands and his role as director of football, it would be foolish to believe that Carlo Ancelotti, a renowned manager whom the Premier League club are paying a large salary, would have no say in transfers.

It’s been made very clear with Everton’s pursuit of Allan, and it appears to be the same scenario with the Turkish winger.

Corriere dello Sport remind their readers by saying it’s Ancelotti who has ‘marked him as a possible transfer affair’ for his club, one that would likely cost €30m.

That’s the price AS Roma want, as they know €4.5m of it will have to go to İstanbul Başakşehir F.K., Ünder’s former club, leaving them with €25.5m of their own money. 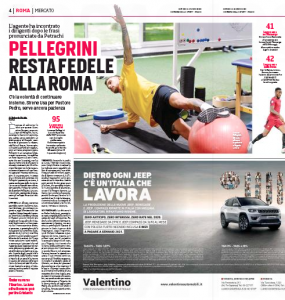 A tidy profit on the original €14-15m original expenditure, which they need going forward.

That’s why they aren’t too thrilled with Juventus, who are also after the Everton target, wanting to include Cristian Romero, currently on loan at Genoa, in a deal for Ünder.

To them, the sale of the Turkey international could help bring in the money they require, which is why they will likely prioritise a pure cash transaction, which we all know the Toffees could probably afford if they tried.