One of the main priorities for Paulo Fonseca at AS Roma, trying to keep Henrikh Mkhitaryan around Italy’s capital has been one of Mino Raiola’s biggest tasks during the Covid-19 pandemic.

The Arsenal loanee’s future remains a mystery for the time being, but we all know the super agent is capable of pulling most deals off if he sets his mind to it, which is where the idea of using Justin Kluivert as a sweetener came in.

It’s been floated, but nothing serious appears to have taken place just yet.

What is opening, however, is the door leading to Mkhitaryan extending his contract with the Gunners, which would allow easier negotiations going forward, since his current deal expiring in 2021 would have made renewing his loan a tricky task.

Il Tempo on Friday explain Raiola has ‘registered an opening from Arsenal’s end’ regarding the renewal in order to ‘propitiate’ a transfer to Roma via a loan with an obligation to buy.

Said clause would be one automatically triggered if Mkhitaryan made a number of appearances, described as being ‘not too low’. 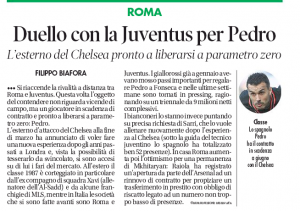 There’s no exact number here, but it’s a deal that makes sense for all involved if they can pull it off, as it would allow Arsenal to make money off a player who doesn’t appear to be a part of the long term plans at the Emirates while giving Paulo Fonseca what he wants, which is managing the Armenia international next season.

Despite only making 13 appearances in the league so far this season, Mkhitaryan did contribute when he played, scoring six goals and assisting another three, which is exactly why the Portuguese manager wants to keep him around longer, clearly keen to see what he can do if he can remain fit for an entire campaign.