The agent of Torino star Daniele Baselli has told the Italian media his client is being tracked by other clubs. The 24-year-old has been in impressive form this season for the Serie A side, and has been linked with Everton over the weekend.

TMW have reported on comments Giuseppe Riso made when asked about the future of Baselli at Torino. Riso said with the profile the midfielder now has, clubs from and Italy and abroad are tracking the player. The player’s agent revealed that for years clubs have been monitoring the Torino star, but at this current time he’s happy to be where he is.

“Obviously, with his profile he is really liked by clubs in Italy and abroad. For some years, there have been eyes on him, but as I said he is fine at Torino,” explained the player’s agent.

Yesterday we reported Everton are monitoring Baselli after the Premier League side sent scouts to watch him when Crotone played Torino. Baselli signed for Torino last year, and the 24-year-old has become a regular in the team since his arrival.

It was also claimed Everton are interested in his club teammate Andrea Belotti, who has been in great goalscoring form this season. 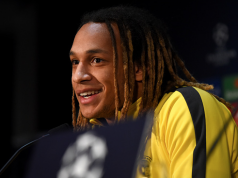 Fulham in talks over defender signing – ‘No official offer yet’, club hope to make ‘up to €8m’ from deal