Chelsea fans, if you could have any fullback in the world… you’d go for the option of keeping Marcos Alonso, right?

Well, that’s the man over 200,000 Real Madrid fans have backed their club to sign in a poll conducted by Marca this week. The Spaniard was well out in front, getting 37% of the vote, the closest to him being Bayern Munich’s David Alaba on 27%.

This isn’t just Real Madrid fans going for targets deemed easy to get, because for central defence they chose Matthijs de Ligt, for midfield Paul Pogba, and Kylian Mbappe is the man they want to lead the attack.

Alonso isn’t the only Chelsea player being shown the Real Madrid love.

The other is of course Eden Hazard. 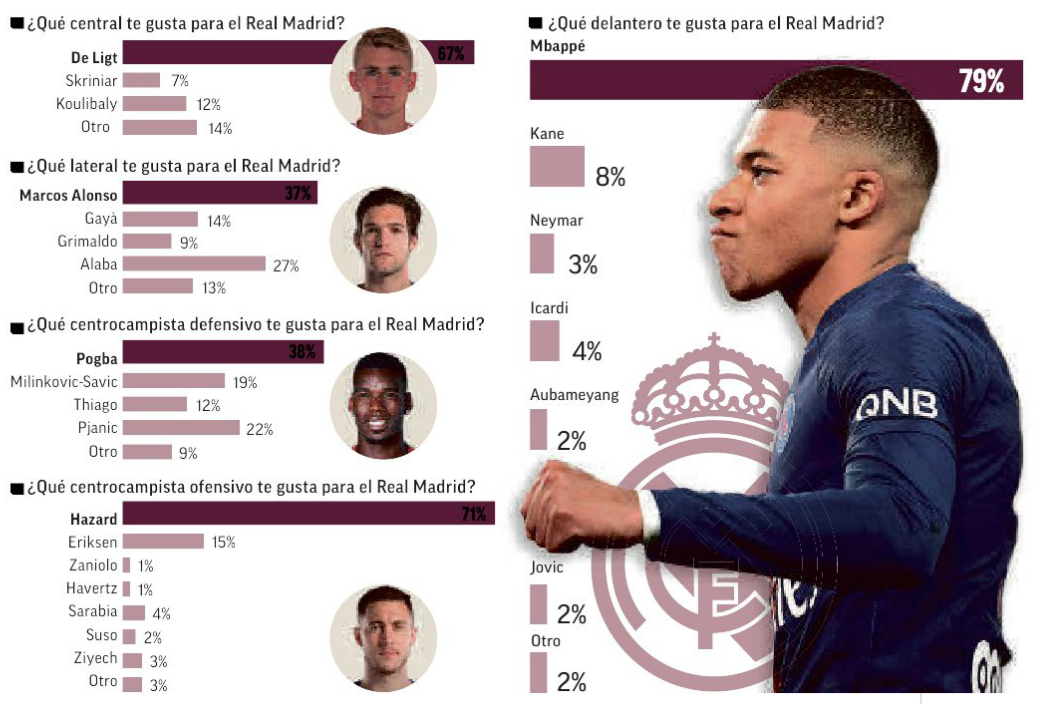 71% of the respondents went for the Belgian as the attacking midfielder option, with Tottenham’s Christian Eriksen trailing far behind in second with 15%.

The Spanish media do these polls a lot and the response is usually just as huge as this time. With La Liga sides having presidents voted in and out, fans have a little more sway than in some other countries.