Things looked like they were going very badly for Tottenham on Tuesday evening in Turin.

Juventus raced to a 1-0 lead and then doubled that via the penalty spot, and Spurs’ chances were hanging by a thread.

Scoring one goal in Turin is a hard enough task, failed by most, but Tottenham needed two to get back level.

Gonzalo Higuain did his usual show of being so close to the hero but falling short, as he scored twice but missed a penalty which could likely prove to be crucial.

Harry Kane, of course, got Tottenham back into the game before Christian Eriksen scored an equaliser with 20 minutes left, and it was absolutely deserved from Spurs.

Most of Mauricio Pochettino’s side performed well, but some have been picked out for criticism after the match.

In Italy, Serge Aurier has been named Il Peggiore (the worst) and Gazzetta dello Sport give him 5/10. 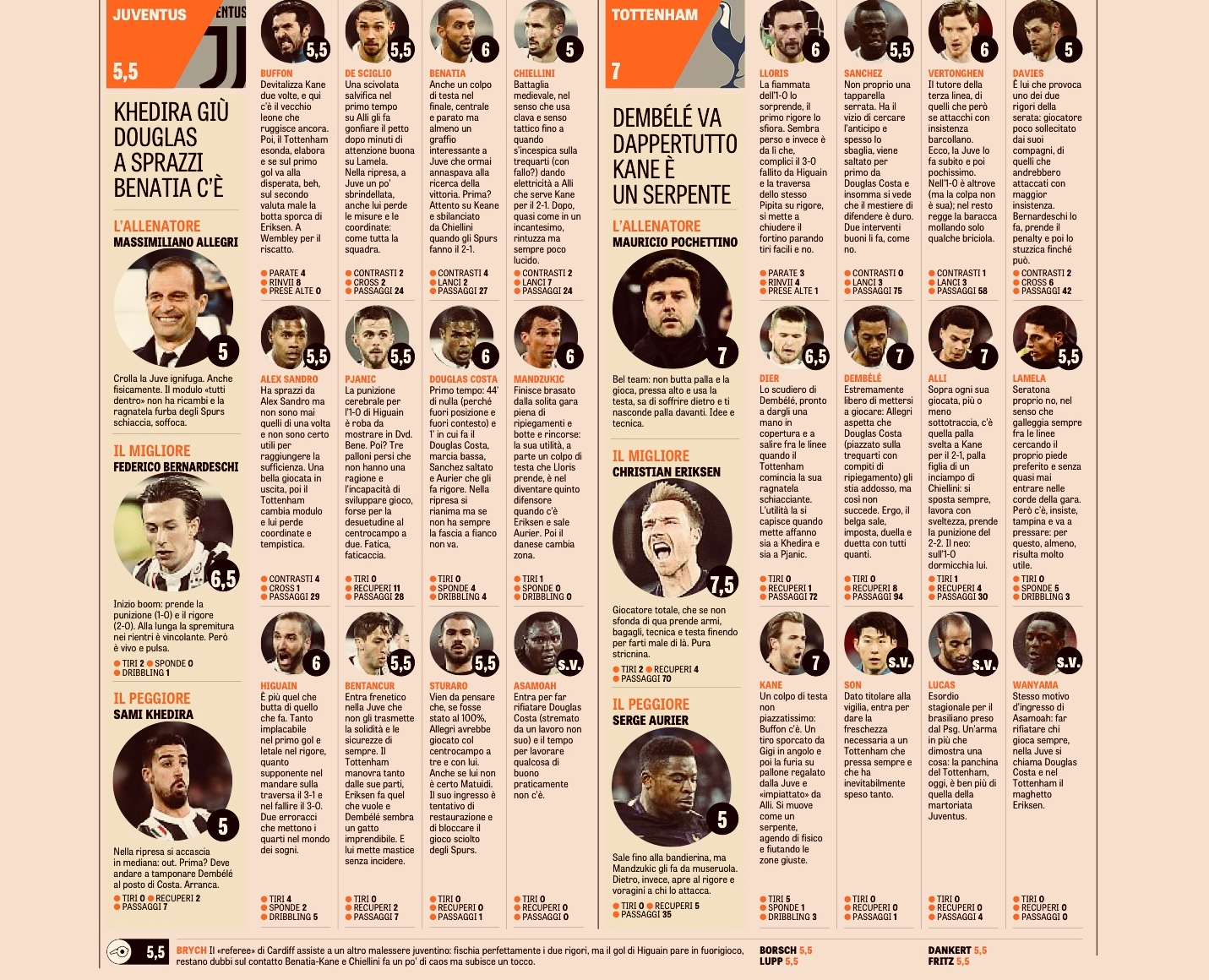 That may seem a low mark but it’s worth noting that players often get into the Italian newspaper’s European Team of the Week with such a score, they don’t give 7s and 8s out 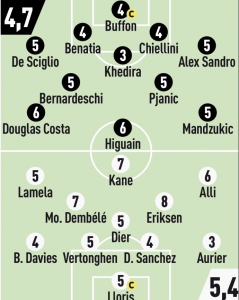 It’s in France that Tottenham get the harshest treatment, which isn’t a great surprise.

L’Equipe have long leaned towards Arsenal, and Hugo Lloris not being immediately made first choice when he moved to Spurs caused such a huge fuss that it cemented the stance.

Serge Aurier got 3/10, with only 4 Tottenham players deemed as deserving more than a 5, despite a very impressive result in Turin.