Just like Wolverhampton Wanderers, Sporting have also made official the agreement between the clubs for the transfer of goalkeeper Rui Patrício.

The Lisbon side have made the announcement in two different parts. First on their website and to CMVM, they’ve reported the deal with Wolves where they will receive €18m.

The Lions have shown that any contractual issues with Patrício are now over, as the player had unilaterally rescinded his contract with the club at the end of the last season.

In a second document sent to CMVM, Sporting have also detailed an agreement with Gestifute for the commission of two contract renewals, from Rui Patrício and Adrien Silva.

Sporting were supposed to pay Jorge Mendes’ company €9m for negotiating both, and with this new deal the amount has dropped to just €4m.

With it all made official, the saga is over, and we wait for Sporting to get in a new mess so we can then follow that.

Wolves probably don’t want to be involved this time. 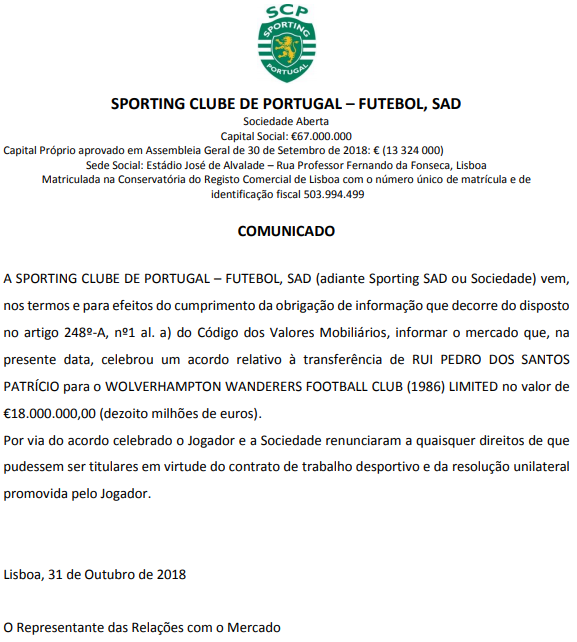 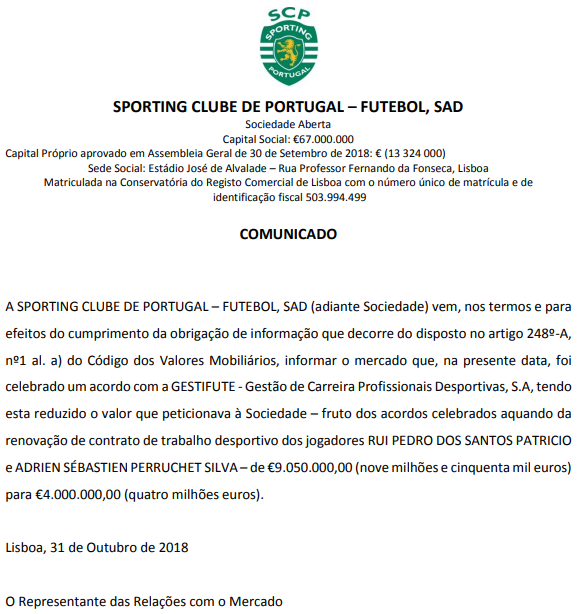